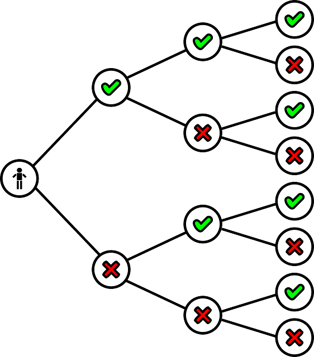 Social media advertising is an ever-evolving field. Facebook has progressed form simple sidebar ads to News Feed integrated Sponsored Stories and innovative forms of advertising masking as organic posts. As a healthcare marketing strategist, it’s my responsibility to make sure Quaintise clients take full advantage of every marketing and advertising medium that will provide the greatest opportunity for big numbers. Facebook Advertising offers just that.

It’s not hard to see why Facebook Advertising is slowly gaining momentum. I personally have seen a great deal of ad platform improvements which provide for greater analytical insight as well as greater ROI.

Social media advertising offers a potentially unique advertising opportunity: Although controversial,Facebook has done an amazing job of collecting big data and, more recently, allowing advertisers to capitalize on that big data. Social networks have scale – enormous use bases and deep databases. And they have high engagement and desirable demographics – American were spending an average of 12 hours per month on social networks as of July 2012, with 18 – 24 year olds averaging 20 hours.

Even conservative estimates predict huge growth: BIA/Kelsey recently came out with a study that offers one view - forecasting $11 billion of social ad spend in 2017, up from $4.7 billion last year. At Quaintise, we’ve seen dramatic growth in social media advertising, particularly in Facebook ad budgets. With that increase in Facebook ad budgets have also come a directly related surge in Engagement numbers as well as click-throughs to client websites.

Case Study: A recent content marketing campaign was launched for Family Practice Specialists related to our Arizona extreme heat and the importance of drinking water. With a very limited ad budget, Quaintise was able to effectively target a very specific demographic and increase website traffic by over 20%, specifically due to the success of one campaign and one blog…for only $0.60 Cost Per Action.

Just a few days later, we launched a similar campaign based on the Arizona extreme heat, and ran that campaign for exactly two days. At $0.63 Cost per Action, on a very limited budget, Quaintise increased clicks to the website and increased the local, targeted Fan Base by 100 Likes, increasing overall Engagement with the brand.

Increased mobile usage will be a huge growth driver: Both Twitter and Facebook have passed the 50% mobile usage mark and, given the continued growth of mobile devices, it will only rise. Mobile accounted for 11% of Facebook’s ad revenue last year even though it didn’t release mobile ads until the tail end of the second quarter. Quaintise is well aware of the importance of mobile social media marketing and advertising. In fact, over 50% of all new Engagement and Likes to all combined client social media accounts come directly from mobile devices.

As in-stream advertising, easily transferable across devices, drive the change: According to social ad optimization platform TBG, Facebook’s mobile ads have the highest click-through rates by a substantial margin. How your social media pages, as well as website, perform on mobile devices is crucial to overall marketing and advertising success. To see where your Engagement is coming from, take a look at Facebook Analytics à Likes à Like Sources.

With targeting options like age, sex, location, income, employment, interests, activities, hobbies, favorite movies, favorite TV shows, medical concerns, and so much more, it is remarkable how far you can stretch your Facebook Advertising budget to achieve your healthcare marketing goals. Let the experts at Quaintise help you out!