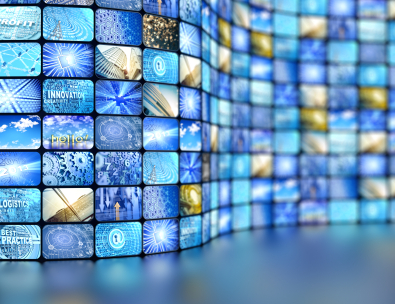 It’s really no surprise that search ad revenue is topping out every other form of revenue. With the changing face of Google and search algorithms, and the complicated task of organically bringing in search traffic, businesses, advertisers and marketing agencies of all shapes and sizes are spending more money on paid advertising.

For the first time, advertisers spent more on online ads than broadcast television in the U.S., according to a new report prepared by PricewaterhouseCoopers for the Interactive Advertising Bureau. Online advertising as a whole brought in a record breaking $42.7 billion in 2013, a 17 percent increase over 2012, compared to the $40.1 billion spent broadcast television. – The Washington Post

So, why all the hype about these new advertising numbers?

And it was mobile growth that primarily drove the year-on-year increase. Mobile jumped from 9 percent of the online ad market place to 17 percent and saw triple-digit growth rates.

According to SearchEngineWatch.com, mobile advertising continues to grow rapidly, as mobile revenues hit $7.1 billion (17 percent) in 2013, a 110 percent increase from $3.4 billion in 2012.

Doctor Advertising – Where To Put Your Money

And so we come to the big question of the day – where should physician, specialists, hospitals and healthcare organizations spend their ad budget? TV? Search ads? Mobile? Social media ads?

At Quaintise, we start with a set of determining factors to help our healthcare clients make the best ad choices for their brand:

Audience – When considering your advertising plans, audience is everything. Choosing an advertising platform without considering your audience first is equivalent to handing your budget to a complete stranger. You absolutely need to understand your audience, their interests, habits, demographics, and so much more. Consider the Big Data on your audience, as well as you intuition. Audience is the single most important element to consider when deciding where to advertise.

Content – Whether you’re advertising in search, social media, journals, radio or television, content is extremely important. What is your message? What is the value proposition you are trying to convey?

Budget – Of course budget always comes into play when determining your ad platform. However, it’s not as important as you might think. Smaller budgets will, obviously, get less bang, while a larger budget gives your ad to run with the greatest ROI.

Market – Take a look at your competition. If the competition provides similar services to your business, run some research on where they’re advertising and how their ads are performing.

Branding – No matter where you choose to advertise, your brand must remain consistent across all platforms.

Not sure where you should be advertising, or how to get started? Contact the professionals at Quaintise.